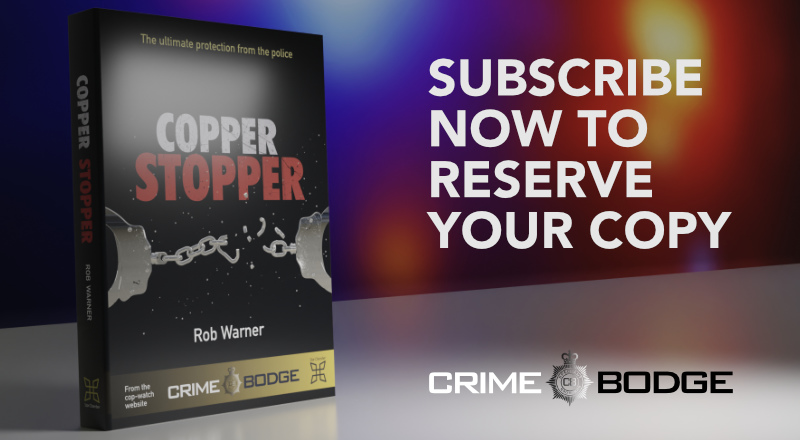 Through this website, I have endeavoured to hold the police to account in the face of a broken system. They wield a frightening amount of control over us, most of which has not been granted to them by any act of parliament. Instead, they operate under their own unique, sovereign power. Something I call ‘POLICE MADE LAW’. Laws that place them above us. Shortcuts, underhanded practices, vindictive behaviour, power tripping, malicious prosecution, misuse of force, victim blaming, going after soft targets and above all, displaying a total disregard for the actual law.

The aims of policing have changed drastically in the past two decades. They no longer watch over our safety. They watch over our thoughts. Our movements. Our speech. They have become a paramilitary autonomy, answerable to no-one. Forcing us to comply with their will under the threat of criminalization. While they themselves remain untouchable and unaccountable. Above the law.

Currently, the courts are full to bursting with a backlog of over 70,000 prosecutions waiting to be heard. 95% of which are for petty crimes. But still, this isn’t enough for the government, who have fast-tracked 20,000 new officers, with insufficient training and improper background checks, to criminalise the public even further. Despite this, the government has been relentless in introducing new laws that limit freedom of speech and grant the police special status above us all.

The Police, Crime, Sentencing and Courts Act 2022 has effectively banned protesting. Or rather, banned protests that are out of favour with the government’s approved narrative. The Assaults on Emergency Workers Act 2018 makes assault of a police officer a strict liability offence; so even if you attempt to use self defence from an unlawful beating by the police, you can still be charged with assault. The Covert Human Intelligence Sources Bill, if passed, will allow police officers to commit crimes with total immunity. And the soon to be introduced Online Safety Bill will be the biggest attack we have ever seen on free speech in England and Wales, granting the executive powers to outlaw and silence expression on the internet for any reason it chooses.

And in the face of all this, the government wants to end Human Rights in England and Wales. If that happens, England will have officially entered the first stage of becoming a police state.

What will you do when the police turn their attention to you? Will you know what you should and shouldn’t say? Would you know what to do if you were taken to a police station? Would you be able to spot all the underhanded tricks the police deploy to make it easier to prosecute you? Will you know how to keep yourself safe from the biggest, organised criminal gang in Britain who answer only to the media and the government?

I have spent the past ten years helping people overcome the oppression of the police. In that time I have developed a library of information and a wealth of knowledge in respect of protecting YOU from THEM. Some of that information has been regularly shared on this website and on the Crimebodge Youtube channel. Some of it has been provided exclusively to those who have used my paid services or purchased my Ebooks.

Now, I have compiled everything into one comprehensive volume.

COPPER STOPPER is the product of all the knowledge and advice I advocate. Information that is absolutely essential to keep yourself safe from our oppressive, self-motivated and lawless police service.

Across 300 pages I explore every common scenario of public versus police interactions. On the street, at your door, in your vehicle and at the station. COPPER STOPPER quashes law enforcement myths and dispels wrongly held beliefs about what the police can and cannot do. It explores in layman’s terms all the information you need to know. What to do, what to say and where to turn. It explores in depth the shady practises of law enforcement, it provides you with tools and resources that go beyond the corrupt police complaints process. It shows you how to challenge their lies, how to hold them to account and above all else, how to keep yourself from arrest and posecution.

There is nothing else like it in the marketplace. Solicitors, Citizen’s Advice, government websites and legal help forums won’t provide you with this information. This is practical real-world advice that I have gathered from a decade’s experience of holding the police to account. It will change your thinking on law enforcement and increase your confidence in the face of any unwanted encounter you might have with them. The book has been carefully structured to provide all of the most important information you need to know in the order you need to know it. You won’t have to memorize statutes or take a crash course in law. It explains in clear layman’s terms all the essential facts without resorting to technical language or needless padding.

COPPER STOPPER will be published in paperback only and will be available in book-stores early next year priced at £25. However, it will be made available to all subscribers of this website aprroximately 3 months before its general release.

Subscribe now, and you will be guaranteed a copy for just £19.95 including UK package and posting. (If you have already subscribed to this website, there is no need to subscribe again).

You don’t have to pay anything up front, or submit any payment details.

All subscribers will be notified as soon as the book becomes available.

Subscribing does not legally bind you to making a purchase. You can unsubscribe at any time. 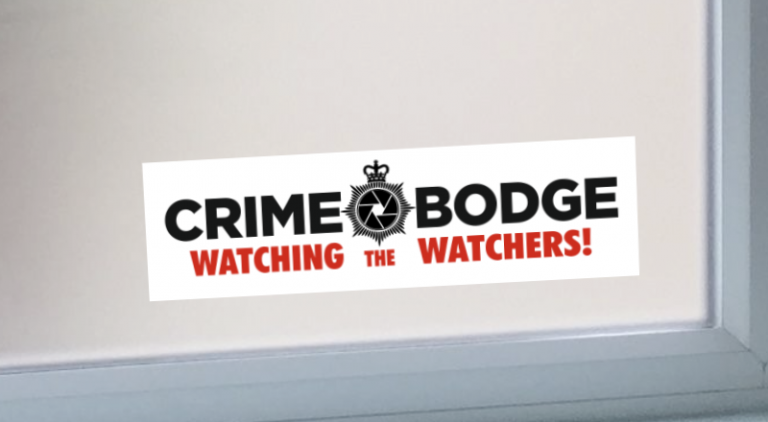 To celebrate the relaunch of Crimebodge, I have commissioned a batch of window stickers. Each sticker is 2…